Our primary project last year was rehabbing an old farmhouse on a former dairy farm in Ulster County. It was a great job, demanding and rewarding. The house dates back to the late 1700's, and was added onto and changed over the years by various owners, farmers, carpenters. It was fun to discover the history of the place, the difference between original building, with ax-hewen chestnut timber frame. The next section, a pine or hemlock timber frame. Still hewn, finer with an adze. Then milled pine timber frame and finally a modern addition  with 2x6 studs. 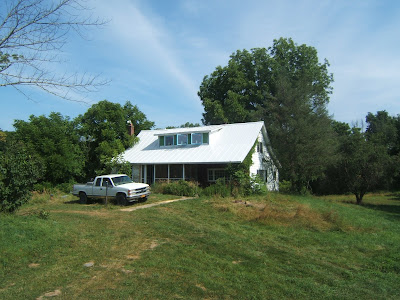 The last major rehab was about 50 years ago, and the interior finishes were definitely worn out and dated. There were a number of structural problems to solve, like rotten sills, lacking or insufficient headers above windows and doors, and two hundred year old floor joists that were cracked, dry rotted and in desperate need of replacement.

A few before and after shots: 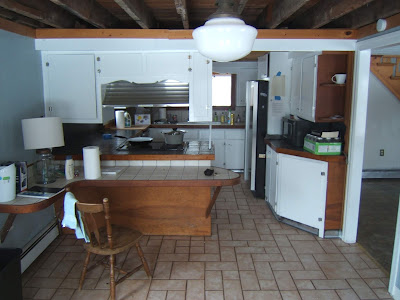 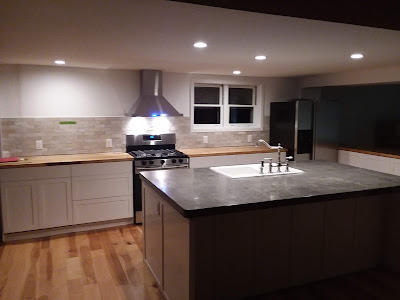 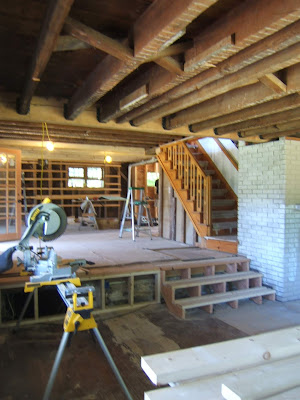 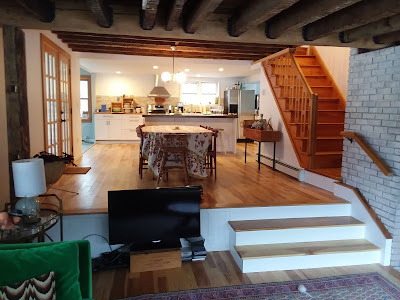 The homeowners hired architect Cassie Spieler to help modernize the layout and design the kitchen. We ended up removing two walls to open the kitchen up to the living areas, added a french entry door, and re-arranged the way a room on the first floor was accessed.

We did the demolition, framing, windows/doors, cabinets, trim, and all the miscellaneous stuff. Miguel and his team from Equinox construction took on the drywall, painting, and tile. I also hired subs for insulation, electric, plumbing, flooring, and mechanical work. 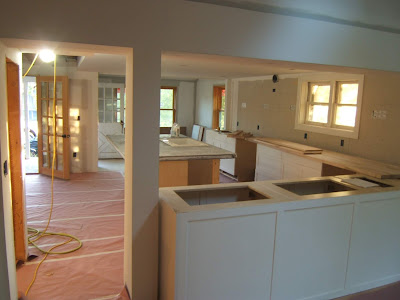 As a natural builder, I considered very carefully over how to best insulate the building. After much deliberation, we settled on a combination of spray foam under the entire roof, and dense-pack cellulose in the walls. I typically avoid foam insulation products because of their enormous greenhouse gas emissions and embodied energy. But the reality is that in a renovation, with existing framework to work within, and needing to provide a high quality product at moderate cost that is guaranteed to function well for a long time, foam was the safe bet. A significant amount of the roof was a cathedral ceiling, which are notoriously difficult to insulate without resulting in water damage from condensation. Foam provides high insulation and a vapor barrier, making sure this wouldn't be a problem.

We foamed this dormer also because there was no sheathing, only siding over the few studs, and it was incredibly air-leaky and problematic. 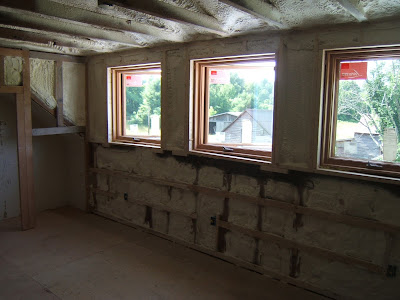 The centerpiece of the kitchen is the large kitchen island with a custom concrete countertop. I opted to cast the counter in place and grind and polish the top of it. It was my first concrete counter, and it turned out really great! 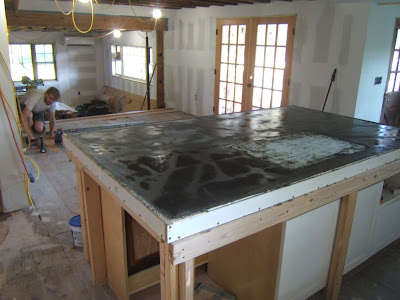 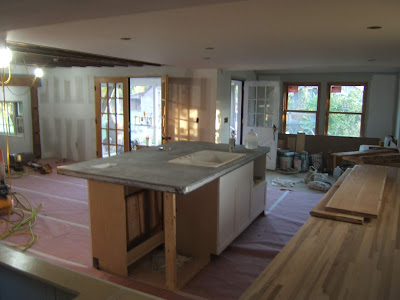 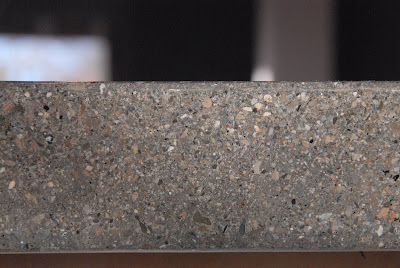 There are a few more custom touches, like this door I made from boards found in a barn on the property 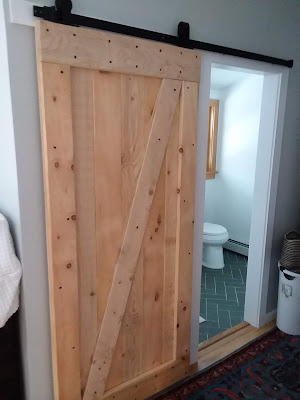